gin: London dry and beyond

Gin was invented by a Dutch chemist in the late 16th or early 17th century. It was sold over the counter as a medicine to treat stomachaches, gallstones, gout, and kidney ailments.

It seemed to work… but didn’t taste very good. So the Dutch began adding juniper berries to make it go down easier. (As a bonus, the berries had medicinal properties of their own.)

British troops drank massive quantities of it during the Thirty Years’ War to give them “Dutch Courage” to continue the fight. They starting bringing it home with them. It had already been sold in some chemist shops, though not as many as in Holland. After the war, distillation became more widespread. Gin was cheaper than beer, so it became much more prevalent, especially among the poor.

In the early 1700s, alcohol abuse became a major problem. The government tried to quell it with The Gin Act. The idea was to make drinking gin prohibitively expensive. The price of licenses shot up, and duties increased fivefold.

It didn’t work. Six years after the act was passed, only two gin distillers had taken out new licenses… but the supply had climbed nearly fifty percent.

The Act was repealed, and the distillers themselves help draft new legislation calling for reasonable pricing and duties. Licensed retailers would be overseen by magistrates.

The 1800s brought gin palaces which were intended to be a nicer “home away from home.” While many gin drinkers still lived in poor conditions, they could escape to these big, luxurious halls to enjoy themselves there.

Fast forward through the years and production techniques became more refined. Rather than being known as a poor person's drink, gin became a nuanced balance of flavors. While juniper is still the dominant flavor, a number of herbs, spices, and fruits (called botanicals) is also frequently used. These include orange, lemon, angelica, ginger, caraway, coriander, cardamom, cinnamon, licorice, and grains of paradise. The botanicals used, and the amount of each, are what makes each manufacturer's gin taste different. 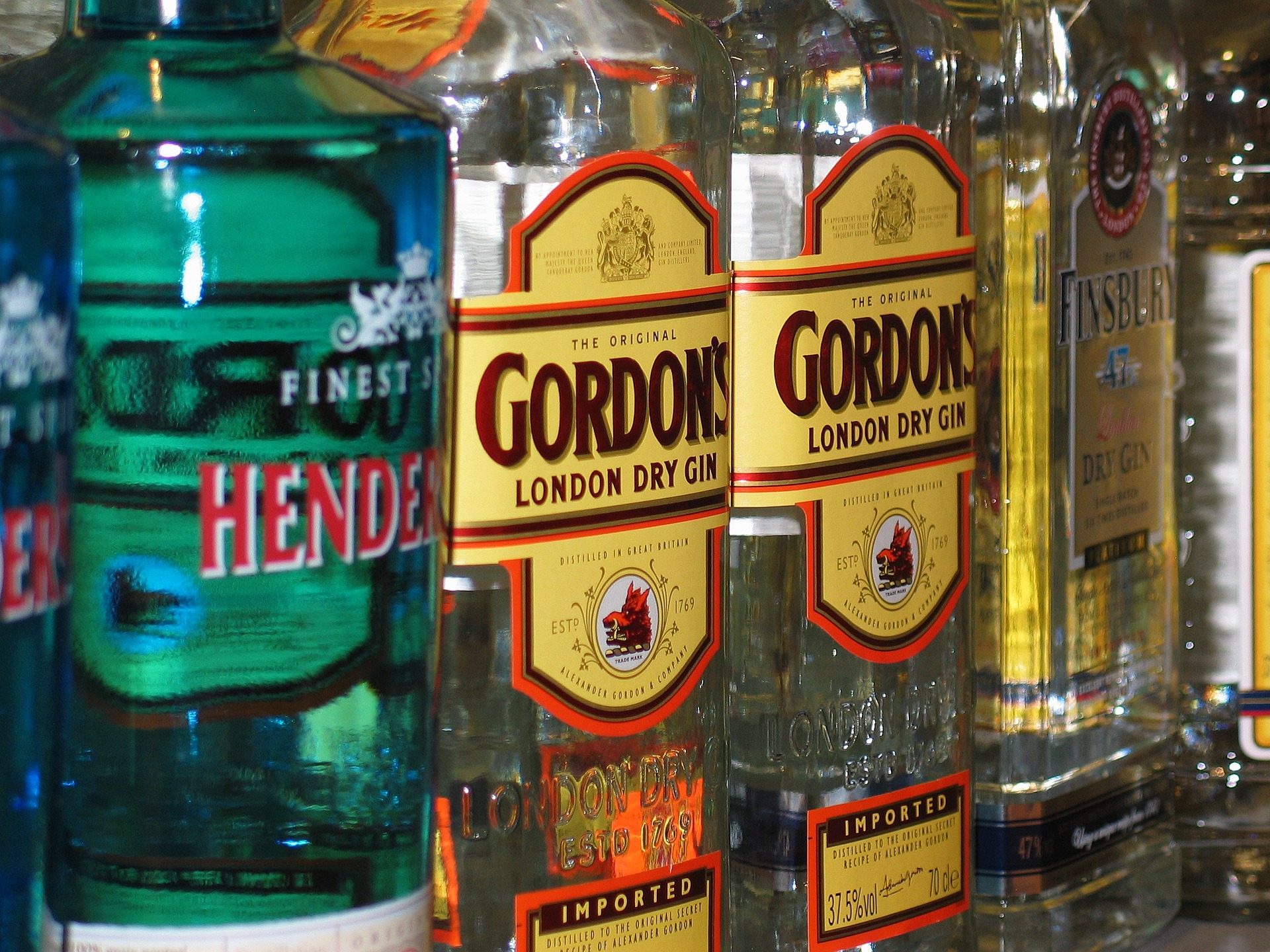 London dry is the most commonly used gin for cocktails.

London dry gin (aka “dry gin”) is the most popular type of gin used in mixed drinks today. It's a style rather than an indicator of geographic origin. Most London dry gins aren't actually made in London.

Old Tom gin is London dry gin that has been flavored with simple syrup. It was the preferred style in the 1800s. Though it used to be available primarily in the UK, some distilleries in the US (and perhaps elsewhere) now offer Old Tom gin.

Genever is the Dutch and Belgian version of gin. As gin originated in Holland, genever is the oldest type and a predecessor to London dry gin. Though gin can’t be marketed according to its age, genever is often aged in oak casks. Oude (old) genever is heavier and sweeter on the palate, while jonge (young) genever is lighter and drier.

New Western Dry gin started becoming popular in the early 2000s. This category of gins moves away from the traditional requirement of being juniper heavy. Other notes are put forward first, and you can really taste the difference in mixed drinks. One popular example of this type of gin is Hendrick’s, which has strong cucumber notes. The New Western Dry label distinguishes these gins from those that are more traditionally made.