Nothing quite says “instant party!” like tequila. Maybe it’s because of the whole ritual of doing tequila shots: lick the salt, take the shot, suck on a lemon wedge after. Or maybe it’s due to the popular surf guitar song.

The irony is that this spirit took a minimum of seven years to make its way into your glass!

As a key ingredient in performing rituals up to 3,000 years ago, tequila might be the oldest liquor on the planet. Yet it wasn’t until the mid-1600’s that Jose Cuervo began manufacturing it commercially. Tequila began making its way to the US in the 1800s and became even more popular internationally after the Mexican War and both World Wars.

Pure tequila comes only from Mexico. Strict standards govern which liquor is allowed to be called that. Genuine tequila comes with a stamp signifying that it meets official Mexican standards. The stamp doesn’t mean that your tequila is necessarily of good quality. However, without the stamp, there’s no guarantee that what’s in the bottle is actually tequila.

The base ingredient in tequila is fermented agave juice. The harvesting process is a big part of why tequila takes so long to produce. The plant has to grow for at least seven years. After it’s harvested, its bulbs are baked until the starches in it become sugars. The bulbs are then crushed so the sweet juices can be extracted and then fermented.

For a liquor to qualify as tequila, at least 51% of the juices must come from the Weber blue agave. The best tequila is made only from that plant. Anything containing less than 100% agave is referred to as "mixto," which adds sugar and water during the distillation process. Mixtos can be produced outside of Mexico, but pure agave tequila is more popular and more widely available.

Random fact: tequila can be used to make artificial diamonds. 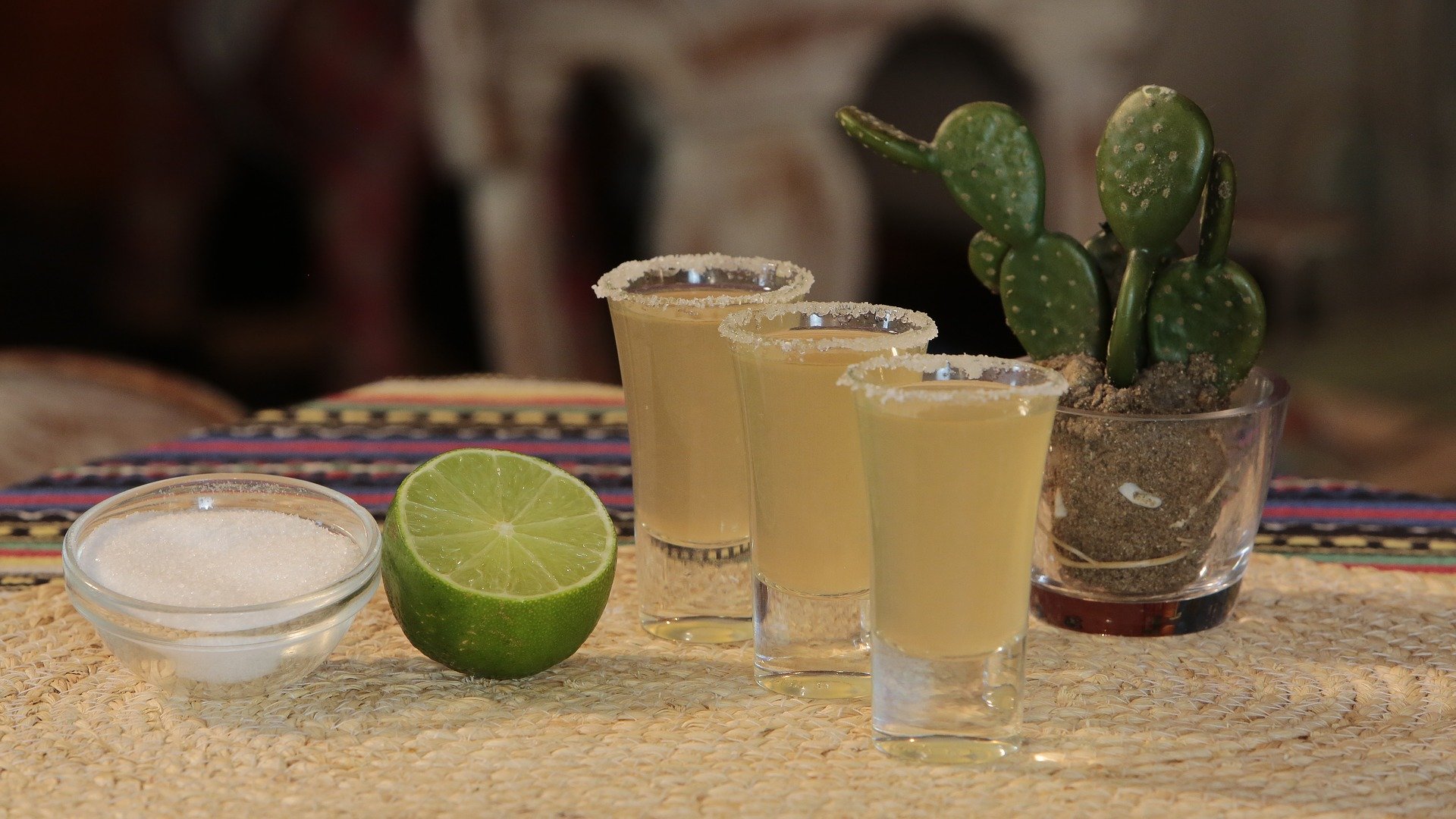 There are five types of tequila, which are categorized in a manner similar to rum.

1)      Blanco, silver, or white tequilas are aged in stainless steel tanks for 60 days at most. Blanco tequilas provide the purest agave taste and are a good option for mixing or enjoying on their own. Silver tequilas are typically used in cocktails but also provide a smooth taste for those that like to do shots.

2)      Joven (young) or oro (gold) tequilas are the ones most drinkers are familiar with… and have given tequila its notorious reputation. These tequilas are mixtos which have a number of additives that give it its golden color. Joven or gold tequilas should be enjoyed in a mixed drink or as a shot. They’re not ideal for sipping.

3)      Reposado is aged in wooden barrels from 2 to 9 months. The barrels infuse the tequila with a light yellow color and a mild oaky flavor. Reposado is a flexible tequila that works equally well on its own or mixed with other ingredients.

4)      Anejos are old tequila that are aged in wooden barrels for at least a year and in some cases, up to four years. The result is a smooth, dark, and heavy spirit with noticeable flavors that have been imparted by the wood. These tequilas really shine on their own. They can be used in cocktails, but with their higher price point, enthusiasts may not find it worthwhile to dilute their taste with other ingredients.

5)      Extra-anejos.  Some tequila experts believe that aging a tequila for more than 4 years ruins the flavor. Others say “nonsense” and let their tequilas stay in the barrel for longer than that. Those that are in for longer are extra-anejos. These can rival whiskies in terms of the time spent aging and the price point. Don’t waste an extra-anejo in a drink. You’ll want to sip this tequila on its own.

6)      Mezcal. Mezcal is not tequila, but is often confused with it. Tequila can come only from one particular type of agave, while mezcal can come from a number of varieties. Mezcal is often produced in a different area of Mexico than tequila and has a smokier flavor, often rivalling the flavor of a smoky Scotch.

In the mood for something tart and refreshing? Click here for some smooth tequila recipes that'll hit the spot.