Top Cocktail Of the Month

In and Out Gibson Martini

I like summery cocktails as much as the next person…

But I also think a classic, stiff drink can be really refreshing on a hot day. It makes you focus on the flavors more than the heat outside. And they’re easy to make so you’re not working too hard.

My friend Scott recently told me he’s getting into gin martinis. Technically these could just be called martinis – as martinis are historically gin cocktails. But they’re popular with vodka as well, making it necessary to differentiate.

Scott had asked me for a good gin to use in a martini. We have similar tastes, so I’ve picked one for him that I like, but I’ve decided to do something a little different too. 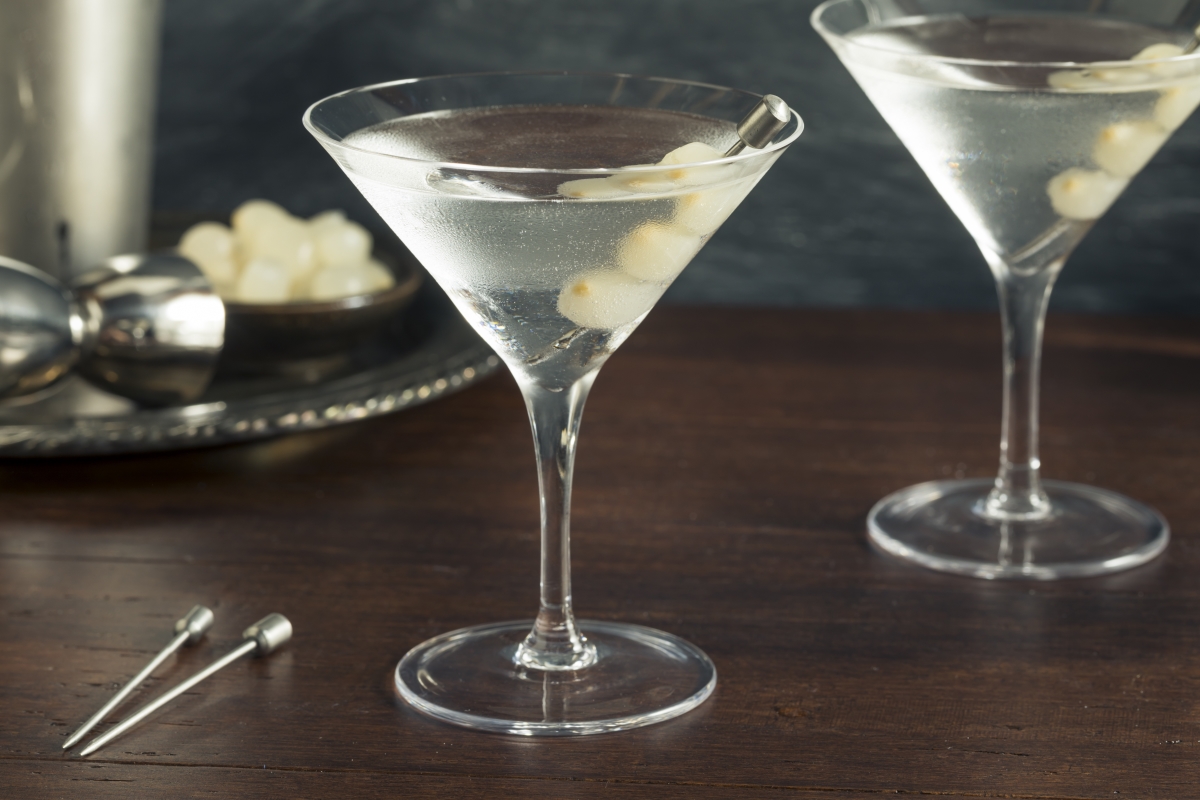 I’ve chosen The Botanist. It’s the only gin from the island of Islay – one of Scotland’s Inner Hebrides that’s known far more for Scotch. The Botanist has a lot of botanicals in it, most of which are locally foraged. It’s a complex gin that to my palate has some floral notes along with the strong herbal properties you would expect.

A gin like The Botanist stands up well on its own, so I’m making it the star of the cocktail. Instead of a classic martini, I’m suggesting an “in and out” martini, where you use more gin and less vermouth than with a traditional martini. You just go in and out of the glass quickly with the vermouth and leave the focus mainly on the gin.

To switch it up further, let’s do a Gibson instead of a martini. It’s basically the same drink with one big difference…

Instead of an olive, the Gibson uses a small cocktail onion. Which doesn’t sound like it should make a difference, but it does. Where the olive adds a little salty, briny flavor, the onion is smoother and more savory, leaving the emphasis on the gin.

In and Out Gibson

Fill a cocktail (martini) glass with ice. Splash in some vermouth and swirl it around in the glass. Let it sit while you stir the gin with ice in a mixing glass.

Pour the ice and vermouth out of the cocktail glass. Strain the gin into it and garnish with three cocktail onions.

Keep in mind that gin has more alcohol in it than vermouth. So this cocktail will be stronger than if you used the traditional two-and-a-half ounce gin and half ounce vermouth ratio. I’d feel remiss if I didn’t tell you to enjoy responsibly.

PS - I take requests for both the drink of the month and the recipes page. If there’s something you’d like a recipe for, let me know at @cocktailspy (Twitter and Instagram), post on the CocktailSpy.com Facebook page, or email me at thecocktailspy[at]gmail.com.